How to perfectly design a personalized and balanced Consumer-Approach

This is the topic of the 24. International Health Forum at 8th November 2019. 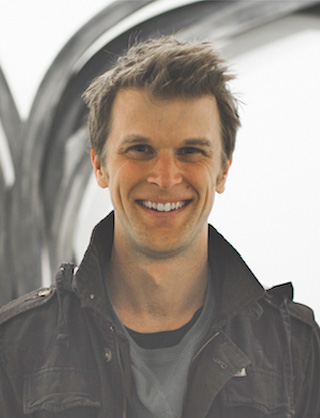 Jonnie Penn is the No. 1 bestselling author of the New York Times, an internationally acclaimed keynote speaker, television personality and Rausing, Williamson and Lipton Trust PhD student researching artificial intelligence (AI) at the University of Cambridge.

He is a member of the Berkman Klein Center for Internet & Society at Harvard University, a fellow of the Royal Society of the Arts and Project Development Lead at the Leverhulme Center for the Future of Intelligence. He was a fellow of the MIT Media Lab, Google and the British National Academy of Writing (via Pembroke College). He volunteers in the P7004 Working Group of the IEEE and the MIT Media Lab/IEEE's Council on Extended Intelligence (CXI).

Jonnie is passionate about helping others discover the purpose of her work by (re)contextualizing seemingly rapid civic, technological and economic trends. His latest research relates to the future of work for millennials and post-millennials in the Fourth Industrial Revolution. He has worked as an expert for the United Nations, the European Parliament and the British House of Lords, as well as for global corporations and NGOs.

He co-organized the AI for Social Good Workshop at NeurIPS 2018 and will co-organize the same event at ICLR 2019. His thoughts on the future of AI research have recently been featured in The Economist, IBM Think Leaders, PwC and other journals. 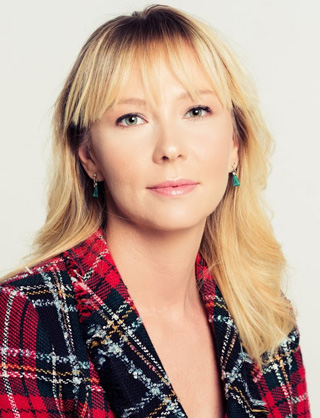 Aleksandra Katarzyna Przegalińska-Skierkowska, born in Warsaw, is a Polish philosopher and doctor of humanities. Aleksandra Przegalińska graduated from the Institute of Philosophy at the University of Wroclaw with a Master's degree; she was a PhD student at the Philosophical Institute of the University of Warsaw and a Fulbright scholarship holder, where she studied at the New School in New York from 2008 to 2009.

Currently, Prof. Dr. Aleksandra Przegalińska is a visiting researcher at the Center for Collective Intelligence of the Massachusetts Institute of Technology in Boston. In Poland, she is professionally associated with Kozminski University. At the IAB-Interact Advisory Board Forum in Warsaw, an international conference for digital stakeholders, Aleksandra Przegalińska gave a lecture entitled "Human-Machine Interaction - How to Talk Best to Machines". 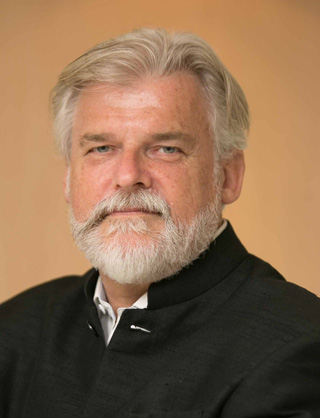 After a decade as a children's storyteller in his native Sydney Dave McCaughan joined the marketing world when began working for global advertising agency McCann Worldgroup. He spent nine years building their strategy planning and market research division in Australia and then in 1995 moved Asia. Based in Bangkok, Hong Kong and Tokyo for two decades Dave built the Strategy Planning divisions of McCann across Asia and at different times also acted in country management roles.

In 2015 Dave created his own consultancy based out of Hong Kong called BIBLIOSEXUAL which helps brand understand the intersection of people, brands and media and the narratives that drive their interaction.In 2016 Dave co-founded a virtual consultancy called Ai.agency that uses artificial intellugence based tools to understand what narratives matter and how to leverage them is building brand stories.

In 2017 Dave also joined Xpotential as a part time senior consultant Some of the brands for whom Dave has helped build Asia and global brand stories and strategies include Coca-Cola, Nestle, L'OREAL, Cathay Pacific, Shiseido, Otsuka, Unilever, Menarini, UBER. 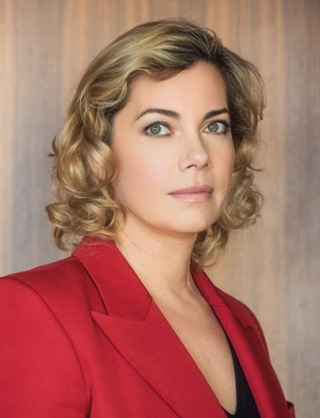 Dr. Anastassia Lauterbach is an international supervisory board member, technology entrepreneur and expert in the fields of Artificial Intelligence and Cybersecurity. Her company, which operates under the 1AU-Ventures brand, advises Fortune 500 organizations and start-ups on growth issues. Dr. Anastassia Lauterbach is a member of the supervisory boards of easy jet, Dun & Bradstreet and Wirecard AG.

Dr. Lauterbach was born in the Soviet Union and is a German citizen. She studied linguistics, Slavic languages and psychology and holds degrees from the Universities of Moscow and Bonn. Lauterbach worked at McKinsey & Company, Daimler Chrysler Financial Services and joined T-Mobile International in 2006 as Executive Vice President Group Strategy and Divisional Director for Technology and Innovation.

Lauterbach joined Qualcomm in 2011 as Senior Vice President for Business Development Europe. In late 2013, she began investing in American technology startups and founded Lauterbach Consulting and Venturing GmbH (1AU-Venture), a boutique advisory firm] to fully focus on board and advisory mandates. In 2018, Lauterbach published "The Artificial Intelligence Imperative. A Practical Roadmap for Business". 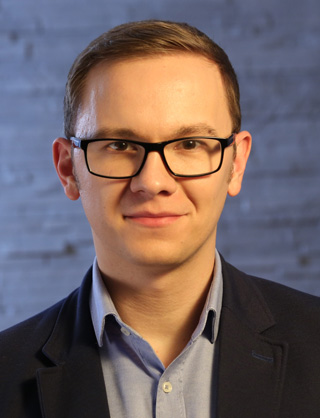 Dr. Bertalan Meskò, PhD is the Director of The Medical Futurist Institute analyzing how science fiction technologies can become reality in medicine and healthcare. As a geek physician with a PhD in genomics, he is also an Amazon Top 100 author. He is also a Private Professor at Semmelweis Medical School, Budapest, Hungary.

With 500+ presentations including courses at Harvard, Stanford and Yale Universities, Singularity University's Futuremed course at NASA Ames campus and organizations including the 10 biggest pharmaceutical companies, he is one of the top voices globally on healthcare technology.

Dr. Meskò was featured by dozens of top publications, including CNN, the World Health Organization, National Geographic, Forbes, TIME magazine, BBC, and the New York Times. He publishes his analyses regularly on medicalfuturist.com.

How Industry is using Artificial Intelligence to cope with Big Data 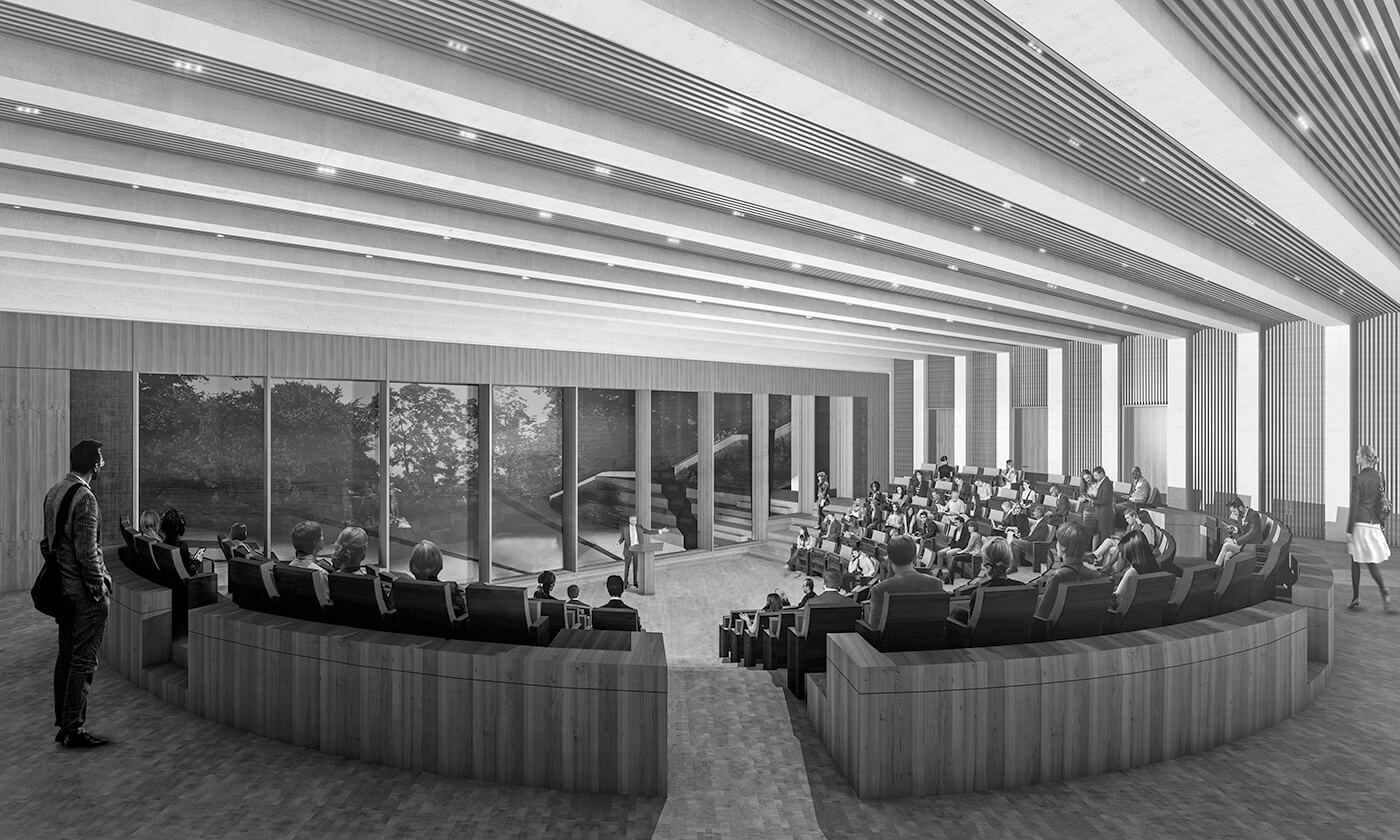 To create a positive tension - that had been the original idea of publisher Rolf Becker. Now this vision has turned to reality: „Irenensaal - that is the name of a new, very special location at the Wort & Bild Verlag, a generous event hall with selected facilities, an excellent acoustics and a unique view of the sculpture park and the Isar Valley.

In this event hall outstanding personalities will widen the view of guests from business, science and policy and Munich citizens in a unique way - in terms of future strategies in the healthcare market, inspiring concerts and worthful personal insights.

The good healthcare group has set itself the goal of improving the challenging communication between the pharmaceutical industry, healthcare professionals and patients and thus supporting all those involved in concentrating on the most precious good:

People's health. Our highly specialized alliance of over 450 healthcare specialists stands for direct and effective access to healthcare professionals. It integrates the patient as the most important component of first-class healthcare. The team develops tailor-made solutions for all players in the healthcare system, focusing on a digital approach, always at eye level and exactly on the channel that suits them best.
With its divisions in//touch, +49 med, patient+ and cso+, the good healthcare group offers innovative and tailor-made concepts and solutions. From holistic strategy development for pharmaceutical companies to individual consulting for healthcare specialists and comprehensive patient care. All services and products are always developed and implemented by highly qualified experts.

The core competence of the trans-o-flex Group focuses on logistics solutions for the pharmaceutical, cosmetics, consumer electronics and other high-value sensitive goods sectors.

trans-o-flex actively transports pharmaceuticals throughout Germany at temperatures of 15 to 25 degrees Celsius or 2 to 8 degrees Celsius, safely and in accordance with EU regulations for the transport of pharmaceuticals. Customers from other industries also benefit from the high standards of safety, cleanliness, reliability and transparency that trans-o-flex has introduced for the pharmaceutical industry. In addition, trans-o-flex offers services ranging from storage and order picking to individual value-added services. Internationally, trans-o-flex implements logistics concepts via the EUROTEMP networks (temperature-controlled Logistics) and EURODIS (in 36 European countries). Nationally and internationally, trans-o-flex delivers goods in parcels as well as on pallets and offer special services such as hazardous goods transports (without minimum quantity regulation), express and time-frame deliveries, consignment consolidation or direct journeys. The company thus covers the entire logistics chain from procurement, warehousing and distribution to fulfillment.

AS&S Radio's business areas include the marketing of public and private radio programmes and also include quality online audio and podcast services. The AS&S Radio quality portfolio stands nationally and regionally for precise addressing of diverse target groups, as well as for strong impact and maximum efficiency in all relevant transmission channels.

news aktuell publishes all its customers' PR content on www.presseportal.de, a PR portal with the one of the greatest reaches in Germany. This means that all the relevant multipliers are reached globally, from editors, via digital influencers right up to specialist bloggers and interested consumers. news aktuell has been on the market since 1989. It has a staff complement of more than 135 employees.

We appreciate your interest in a sponsorship for the International Health Forum.

We will be happy to support you on finding the best solution for your company.